A Wednesday in Baseball 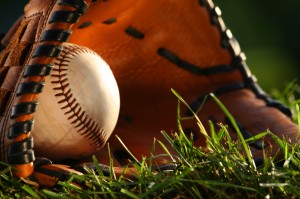 Has your father ever taken you to a baseball game? What is your earliest baseball memory? Was it a brilliant sun or roar of the crowd, ice-cream cones or amazing home runs? And later, this feeling like “on the favorite team”, “Let’s go!” calls, collecting baseball cards and reading player stats on the backs, World Series, Opening Day? Training camps, starts and runs, catch and blocks, PeeGee league, grandslams and shortstops? All things that make baseball as it is.“Baseball gives every American boy a chance to excel, not just to be as good as someone else but to be better than someone else. This is the nature of man and the name of the game”, – these words by Ted Williams illustrate the baseball’s essence, its sense and spirit. But what was the very beginning of it? When did this sport originate? As you may know, on June 19, 1846, the first match between two baseball clubs took place. It happened in Hoboken, New Jersey. Two sides, three innings, one wins. And the New York Ball Club defeated the Knickerbocker Base Ball Club by a score of 23 to 1 in this match. Alexander Cartwright who is today referred to as “a father of baseball” developed the first rules of this popular game and served as the umpire in that match. It was quite curious, taking into consideration the fact that Cartwright was the Knickerbocker’s player. So that is why the 19th of June is considered to be a prominent day of the first match in baseball history. What is the reason of so in-depth love and everlasting but hearty fidelity? Why increases the number of baseball fans, why fathers take their children to games year on year? The answer is rather simple. Baseball doesn’t look like a life, it IS a life. This game does miracles with people; it tingles all hearts, encourages and enforces to do your best to obtain a result. And the highest award depends only on your efforts. “You owe it to yourself to be the best you can possibly be – in baseball and in life”, Pete Rose said. Baseball makes you feel that all your pains and efforts been worth it. Never give up, be a model to your children, always have a ball, keep calm and want. These rules are the simple truth of either baseball or life as well. Who said girls can’t play baseball? They can, and it calls softball. It becomes rather popular in Ukraine and Russia. All Slavic girls are quite sporty, gorgeous and athletic, for the cheer fact that they are involved in sports.