Ukraine is not scary: some stereotypes about visiting Ukrainе 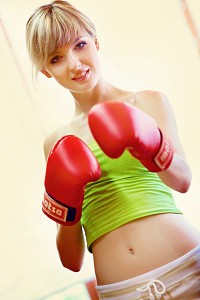 Ukraine is the country with outstanding history and traditions, but not a lot of people who’ve never been in Ukraine know the truth about it. That’s why we want to distinguish some stereotypes and to prove that most of them are not true!

Ukraine really was a part of Soviet Union, which also included Russia, but since the 24th of August 1991 Ukraine is an independent country.

People in Ukraine are hospitable and like foreigners, but in some cities and villages people don’t see foreigners very often so they may  look at them with interest because of curiosity and not because of distrust!

Of course people in Ukraine like to celebrate some holidays because they work hard and don’t have a lot of free days, so when they have some free time they like to have some feasts. Ukrainian cuisine consists of a lot of tasty and high-calorie dishes, but in everyday life Ukrainians prefer simple food. By the way, nowadays a lot of people in Ukraine care about health, prefer healthy food and are interested in diets.

Of course it’s not true, a lot of children study English at schools, there are a lot of people who are studying English because this language is very important nowadays. In big cities it’s more possible to meet somebody who can understand you but Ukrainians are very helpful so they would be glad to explain you anything non-verbally.

Ukrainians are emotional people so while conversation they may seem like yelling to each other – this is because of the features in intonations in Russian and Ukrainian languages. In general, Ukrainians consider themselves as very hospitable, ready to help and eager to advise even when they are not asked for. And they are the people with good sense of humor! But it’s not well spread here to smile to everybody, especially to strangers. According to statistics, almost 77 percent of Ukrainians have never been abroad. But it happened not because they are lazy or don’t like to see other lands. One of the main reasons is the low standards of living. Also it’s very complicated for an ordinary Ukrainian to get a visa to see another country. In the “Rating of freedom in movements” Ukraine got the 110th place. But it doesn’t mean that Ukrainians know nothing about other countries, they are interested in new places and read a lot about traveling in newspapers and magazines.  And in spite of difficulties, every year they try to save some money for a trip and spend a lot of time waiting for the  visa.

The first part of this statement is really true – Ukrainian women are beautiful and like to take a good care of their appearance. Ladies in Ukraine love beautiful clothing, bijouterie, high heels and make up, but in general they are grown up in the atmosphere of modesty and purity. Ukrainian women are not only beautiful but smart and they are not crafty. Some women are extremely wise that is why in many families the last word belongs to a woman! Despite of maybe “too bright” look, many Ukrainian women are shy and not self-confident because there are not a lot of men here who can appreciate them. That is why a lot of women are trying to find a husband abroad.

There are a lot of other stereotypes about Ukraine, but of course only you can break some of them while visiting Ukraine and see that it’s not a scary country.

Tweet
Share
Comments Off on Ukraine is not scary: some stereotypes about visiting Ukrainе ukrainian woman, Women in Ukraine