How to Understand Ladies’ Emotions 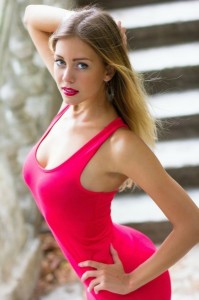 It is often said that ladies and men are from different planets who were lucky to meet on Earth, but coming from different worlds create difficulties in understanding each other. Even if ladies can more or less understand men, for males this process may be impossible. However, knowing the bases of women’s behavior and emotions, one can easily see the reasons for these or that actions. In addition, better understanding lead to better and firmer relations.

The first explanation of ladies’ actions is the fact that they are much more affected by hormones. They make ladies emotional, and thus she is often driven by feelings rather than by logics.

Usually, ladies have the same understanding and visual of relations as men do. However, as they are controlled by emotions, their words and actions may differ. She may know something about her preferences by say completely another thing just because this sounds better to her on emotional level. This often results in ladies’ discordance of actions and words.

When it comes up to communication with a lady, the simplest way is to try to understand what you could have done in a certain situation. Your woman may say different things because of emotional flow. However, she will end up action like any other logical man. So, it is better to pay attention to actions rather than to words. As ladies re physically weaker than men, they need some instrument to get masculine protection, devotion and affection. For this, ladies in all ways show that they are sweet and nice. Of course they are, but no matter what they say, a man should keep in mind that a lady actually goes quite well with logic and when she needs, she will behave right like a man.

On the other hand, ladies can operate with logic and facts quite quickly and make complex final conclusions which a man can’t understand, as the whole process goes in their head, and only the final result comes out in conversation. Each woman can replay some situation in her head and making lots of decisions, and of course keep silent about her ideas. But when everything she though about comes up, a man can be completely confused. This differs a man from a woman, as a male will express his opinion step by step and will not build a tower of useless guesses in his head. Don’t forget that ladies love dramatic actions, especially when emotion overwhelm them. A woman may break a plate during a quarrel, but a man will never do this. Because he knows that the next day he will have to purchase a new place, so destroying an old one is not too logical, but woman’s emotions can’t let her think about this. Yet, a strong emotional outburst can release her tension and bring up the mood, so why don’t you team up with her from time to time?