Coffee Is Harm and Benefit in One Cup! 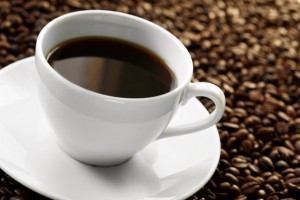 Coffee is the most noble drink. I seems that nobody will dispute. But there are a lot of advantages and disadvantages of drinking it.

Coffee is one of those drinks that almost everyone loves and drinks. Someone is limited to one cup for breakfast, and for another coffee becomes almost a drug, without which a person simply can not work normally. Is it dangerous? And, in general, is coffee so bad as many people think?

In ancient times, there wasn’t a notion as “cup of coffee” because the coffee beans weren’t grind and brewed. They were eaten the whole after frying. According to a legend, an Arab cleric pointed out that the broth coffee beans perfectly mitigated fatigue and sleepiness, which is very important for night prayers.

Coffee came much later in Europe, only in the XVII century, and almost immediately it got immense popularity. Is coffee a drug?

How much coffee can you drink for day and when is it better to do?

Mortally dangerous dose of caffeine is a portion of 10.000 mg.

Scientists from Canada estimated how many cups of coffee a day you can drink without risk to health. According to experts, a person can take up to 400 milligrams of caffeine ( two middle cups of coffee per day).If you drink this quantity of coffee, the injury will be minimal.

If you drink a big cup of refreshing drinking, it will comprise three-quarters of the daily value of caffeine.

However, scientists noted that the indicators of the “norm” depend on genetic factors and the individual’s sex. Also on the harmlessness and the daily dose of coffee affect medicines which people take. Mortally dangerous dose of caffeine is a portion of 10.000 mg. This is about 75 cups of coffee per day.

Does coffee help to think?

The caffeine aggravates the mind, especially when people are under stress, tired, or sick; it influences on those who regularly drink coffee, or even who try it for the first time. It has been being neurostimulator even when people didn’t hear about it. Coffee has a remarkable ability to aggravate our senses and cheer us up.

Most scientists agree that coffee can actually improve performance, relieve fatigue and stimulate mental activity. Caffeine enhances the blood flow to the brain. Furthermore, it is also psychomotor stimulant, increasing the activity of the brain. However, scientists admonish that drinking coffee before eating can cause the “turn off” of brain.

Coffee is against depression!

Coffee is an excellent antidepressant. Only two cups of coffee a day may reduce the risk of depression. In addition, there is a statistics that people who like coffee are less capable of committing suicide. And the person who drinks coffee feels more confident in life. Unfortunately, we don’t drink ground coffee so often. Usually the word “coffee” means a jar with its soluble counterpart. Unfortunately, the taste and aroma are very vaguely reminiscent of real coffee. By the way, even the inventor of instant coffee, Max Morgentaller, considered it as his great creative failure.

If you want to reduce the caffeine content for yourself, the easiest way is to buy instant coffee without caffeine.

And the second variant is to boil coffee only few seconds and quickly pour it out. According to this variant you will feel the aroma of coffee, but the quantity of caffeine will be less.