Thanksgiving – Remember about Your Closest People 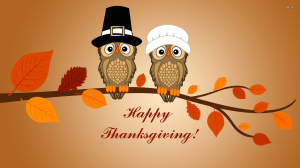 Thanksgiving is a wonderful holiday which everyone is waiting for the whole year. This is a chance to meet with the whole family at a dining table. This holiday is celebrated at the fourth Thursday of November, and it is considered to open the season of winter holidays.

So, the Thanksgiving has a really long history. It is believed that for the first time, the holiday was celebrated in 1621, when the first pilgrims shared their supper with local Indians named Wampanoag. That was a really hard period for newcomers who arrived to America on the Mayflower ship and had to establish their life from zero. Unfortunately, the conditions were so severe, that 102 people had to keep on living on their ship, and that led to starvation and diseases. But then they were noticed by native Indians, who helped them to start planting corn and learned how to grow it. In November, the first harvest was gathered, and everyone gathered on Thanksgiving to celebrate such a wonderful beginning of new life and to thank those who helped in this.

By the way, there were almost no turkeys on the tables of Pilgrims, actually, there were swans. But as nowadays no one eats swans, at some moment they were replaced by more widespread turkeys. It can be said that officially, the Thanksgiving day was first mentioned on 1789 by George Washington, when he offered everyone to be grateful for the Civil War to come to an end. And the first state which adopted this holiday as official and annual was New York, in 1817. after this, different states followed its example, and finally, in 1941, Roosevelt signed a bill which claimed that Thanksgiving should be celebrated on the fourth Thursday of November.

Thanksgiving turned into a family holiday. Everyone gathers to share homemade food, especially turkey which has become a symbol of this holiday. It was counted that up to 90% of all American families eat this bird on the holiday. Also, this day is a weekend, and there are various parades and celebrations in all citied of the USA.

There is also a relatively new tradition of “pardoning” of 1-2 turkeys by the president of the country. Each year there are a few birds chosen who will not be killed on this day. They are returned back to the farm they came from, and there they live peaceful life till the very old age.

By the way, there are also similar holidays in other countries. For example, in Germany there is the Harvest Thanksgiving Festival which is celebrated at the beginning of October. However, this holiday is not too popular, as it is mostly religious. There are a few parades and no family dinner, and churches are just decorated in autumn style. In Japan there is the Labor Thanksgiving Day celebrated on the 23rd of November. It was created during the World War II while occupation and was intended to make people commemorate labor and thank each other for it. However, this holiday has more ancient roots. Japan used to have an old holiday Niiname-sai which also celebrated well-done job.