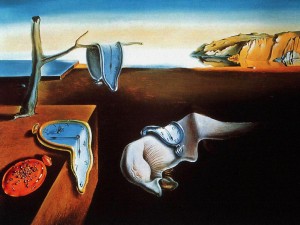 Dream is one of the most mysterious phenomena of the human psyche. For several thousand years, people are trying to explain the origin of dreams, give them a mystical content, assign them the prophetic power and fear of unknown depths of their own souls. What is the reason? Why do the most terrible fears and sweet dreams come alive in dreams?

Meanwhile, in modern psychophysiology has been studied the phenomenon of the human psyche and the higher animals, as the ability to dream. Although still the science does not know everything about dreams and dreaming, but progress is unstoppable, and sooner or later your dreams will take a well-defined place in a number of other phenomena of the human psyche. In the meantime, we have to settle for only an exemplary content of the interpretation of dreams.

The characteristics of the mental organization of men are based on the peculiarities of their physiological structure. So, being less emotional than women, men are more inclined to logic and common sense. Their psychic life is not so violent and dreams are less emotional than womens’. Of course for some individual representatives it can be a little different.

In this article you will read about difference between woman’s and man’s dreams according to man’s psychology. Despite all the individual dreams of people, there are some common themes that appear in most people and which are available for all generally the same meaning. Men are usually more active, therefore their mentality is more resistant to the experience.
Men’s behavior is often caused by the stereotypes which are in society. One of these stereotypes is the view that man should protect his family. Therefore, when someone dies or it happens something bad in family, a man often perceives it as his own guilt.

The purpose of any dream ultimately is to relieve mental stress and to solve the problem. But the fact is that it is not always able to fulfill its task.

Can you image your life without dreams? It would be boring, primitive existence. Imagine the endless days, which are based solely on reasonable and relevant rules. Man is able to keep pleasure from everything, sometimes even if it is pain. Of course you heard about people who jump with a parachute, surf, climb mountains. All of them wants one thing – adrenaline. Every time when a person feel the thrills, he enjoys life more. Therefore the dream makes our lives more varied and enjoyable.

One of the most common dream is in which the dreamer is pursuing with some people, but he can not run away from them. Such kind of dreams describes the attitude of the individual to the world. Perhaps this person perceives wary of new people and has some problems with communication. On the other hand, to feel such strong emotions in the dream, the man discharges tension and calms down.

The love triangle – the theme is not only for books.
It is not surprising, as in any relationships between a man and a woman, someone loves more, and someone is less. According to this problem, all dreams can be divided into two parts: when you betray and you are betrayed. If dreamer sees that he is betrayed, it can have several explanations, depending on the characteristics of human mental life. If you don’t believe your woman , in the dream you will see it in real like as: “I knew that I shouldn’t trust her ” or “Nobody loves me”.

Anyway, the dream with such content is just self-justification.
The second version of such dreams is just melancholic and justify character of person.
But remember that you can control your dreams and try to think about good things and be sure you will see very interesting and colorful dreams at night, even better if you hug your beloved one. It will help you forget about everything bad.